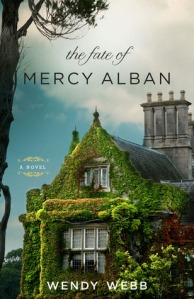 This book is basically a modern gothic set on an imaginary island in Lake Superior. As such, I was looking more for atmosphere than characterization, a light and entertaining read. Through most of the book it delivered, which is good since the characterization was indeed thin. I would have given it a higher rating had it carried the atmosphere through until the end, but it didn’t. The author threw so many plot balls into the air that she didn’t seem able to bring them all down. Instead the end was a drawn out series of scenes with characters sitting around and telling each other how this or that element wrapped up. It really felt contrived, and could have used the services of a serious editor to narrow down the plotlines so they could be resolved naturally with story action.